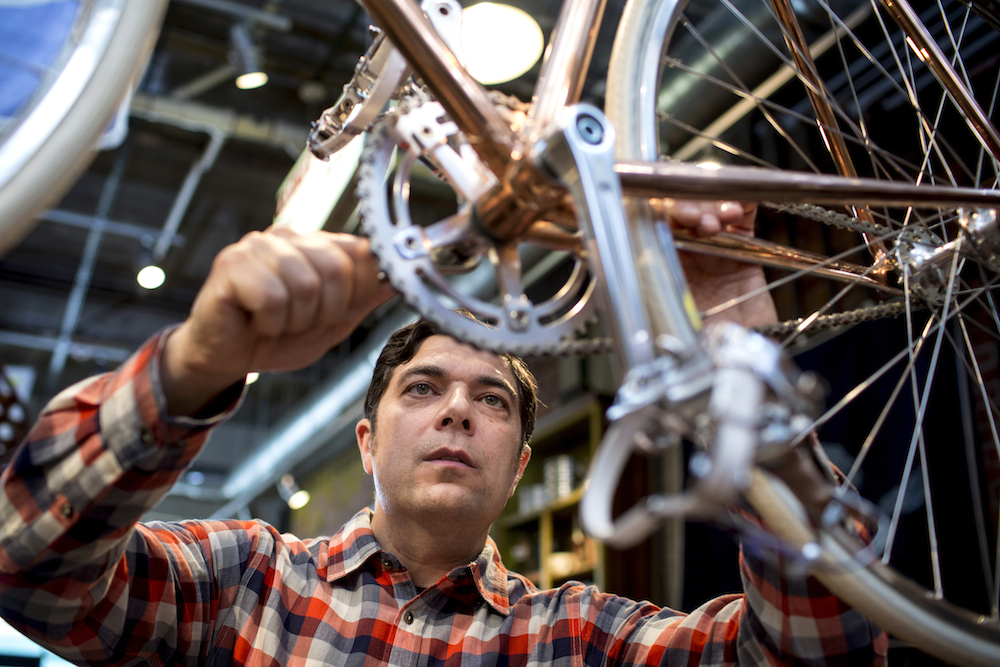 Before there was the Model T, there was the Quadricycle. Henry Ford fashioned his original automobile from four bicycle wheels and a chain at the height of Detroit’s 19th-century bike (yes, bike) manufacturing boom. If Detroit rose and fell on for four wheels, its past—and potentially its future—was built on just two. As the city wends its way through bankruptcy court this fall and its core industry lurches back to solvency, the Motor City is revving up to become a manufacturing hub again, this time for a vehicle that has no motor at all: the bicycle.