Residents of Paris and its suburbs may soon have access to up to 20,000 electric bicycles. Public transit company Ile-de-France Mobilités (IDFM) is launching an e-bike renting scheme called Véligo with 10,000 e-bikes to start with. If that works out, IDFM will expand to 20,000, which would make it the world’s largest electric bike rental system. 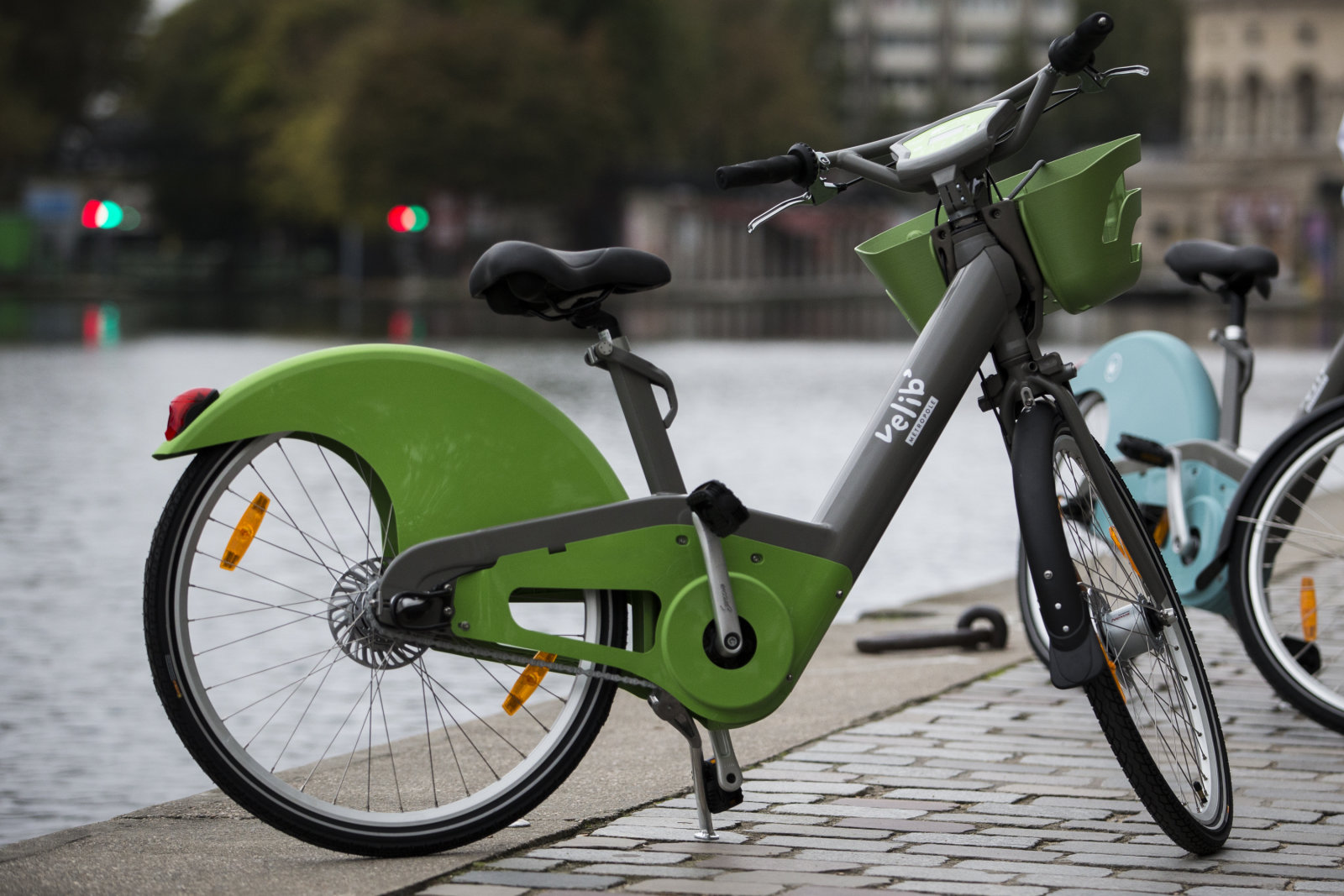 The new “Velib Metropole” bicycle, which is a bike-sharing program by the Smovengo consortium is seen during a media presentation in Paris, Wednesday, Oct. 25, 2017. (AP Photo/Kamil Zihnioglu)

The aim is to reduce car use and, by extension, pollution in the French capital.