Bicycle roundabout in the sky in the Netherlands, Hovenring 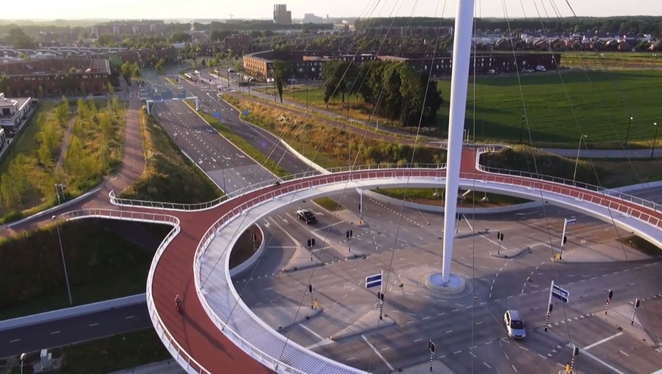 known for its bicycle-friendly streets and bike paths, so you’d probably think that bicycle infrastructure in the sky would be completely unnecessary there. But even this bike leader has intersections that are excessively large and centered too much around cars. In the case of one such intersection between Eindhoven and Veldhoven, planners and designers created the Hovenring, a beautiful bicycle and pedestrian roundabout elevated above the roadway.