Cargo bikes are undergoing a renaissance in Germany as companies attempt to battle city congestion and pollution. 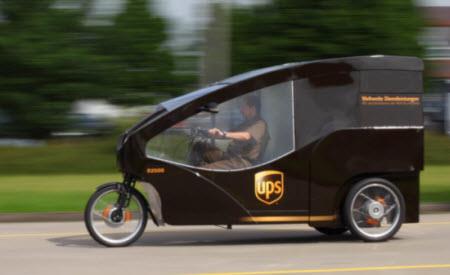 The bikes were popular at the start of last century before the car dominated transport, and in the past five years they have regained popularity as a means of moving light freight.

The German government wants to see more freight moved by cargo bike instead of truck or car and spends more than 80 million euros every year supporting cycling infrastructure.

Transport ministry spokeswoman Birgitta Worringen says more than three-quarters of all journeys in Germany are less than 10 kilometres and cargo bikes can deliver all sorts of uses.

“It’s a good means of transport which doesn’t make any noise or pollution,” she said.